Create an Account - Increase your productivity, customize your experience, and engage in information you care about.


On the grounds of the South Kingstown Public Library in Peace Dale, RI stands The Weaver, a bronze high-relief sculpture by Daniel Chester French, best known as the creator of the Lincoln Memorial. Dedicated in October, 1920, it was commissioned by Caroline Hazard in memory of her father and her two brothers.

Photo gallery of The Weaver

Exhibit on the history of The Weaver
The work depicts three life-size figures: a male weaver seated at a loom, a standing female spinner handing him thread, and a hooded female figure holding an hourglass.


Above the sculpture appear these lines, written by Caroline Hazard:
Life Spins the Thread Time Weaves the Pattern God Designed
The Fabric of the Stuff He Leaves to Men of Noble Mind


On the back of the monument is found:
Dedicated October 23, 1920
to the Blessed Memory of These Three Men
to the Enrichment of the Life of This
Village Which They Loved
to the Beauty of the Common Task
to the Commonalty of Noble Spirits
to the Glory of God
Whose Servants They Were and Are

Planned Set and Inscribed by Caroline Hazard Daughter and Sister. 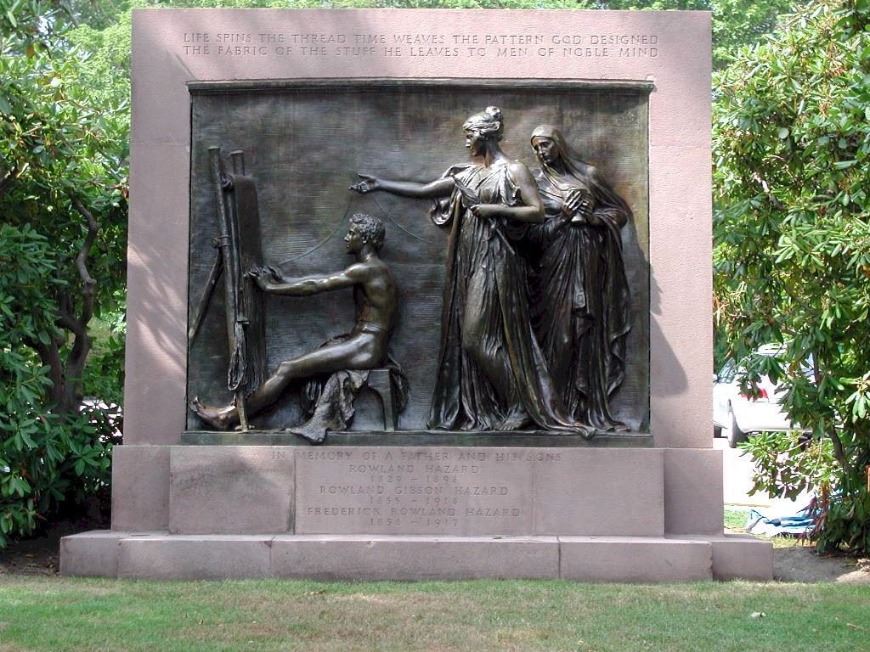